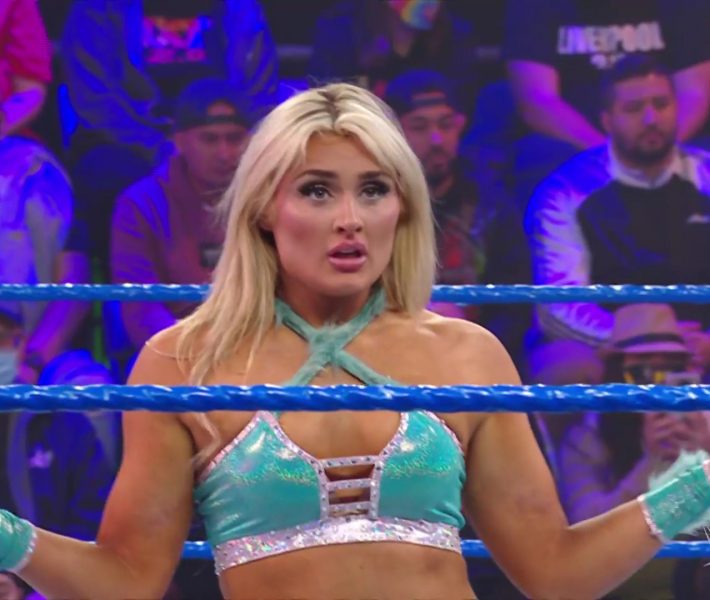 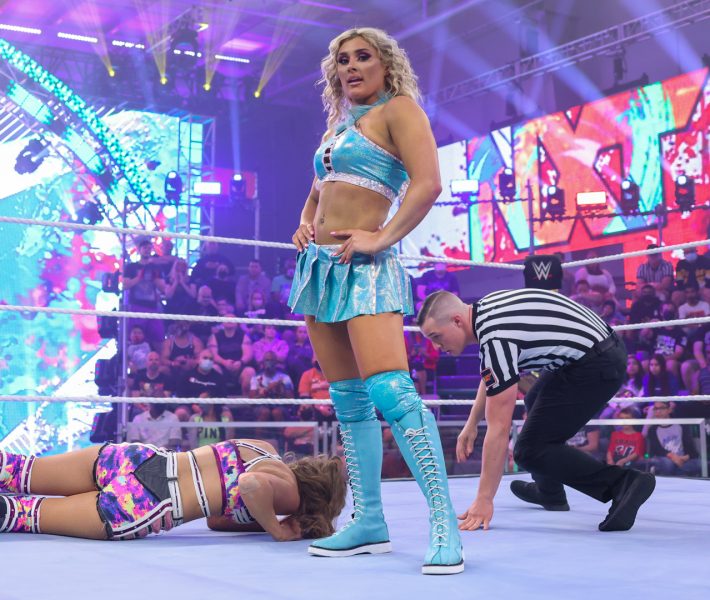 We get a brief vignette for Tiffany Stratton, who will be making her in-ring debut tonight. Her daddy told her it’s time for her to take NXT over, and daddy is never wrong, but is NXT ready?

We go back to the ring and out comes Tiffany Stratton for her Tuesday night in-ring debut. Fallon Henley, the former Tesha Price, is already waiting in the ring. This is also her NXT 2.0 in-ring debut under the Fallon name.

The bell rings and they lock up but Stratton sends Henley to the mat, then poses and shows off her muscle. They lock up again and Stratton works on the arm. Fans chant for Henley as Stratton keeps control and talks some trash. Stratton with a headlock and a takedown.
Henley works on Stratton’s arm but Stratton takes her back down and turns it around. More back and forth now. Stratton with a scoop slam in the middle of the ring. Stratton with more offense before grabbing Henley, sending her into the corner with an Irish whip and then the handspring elbow.

Stratton grabs Henley again, blows a kiss to the crowd, and drops her with a Flatliner in the middle of the ring for the pin to win.

– After the match, Stratton stands tall as the music hits and we go to replays. Stratton prances around the ring and shows off to celebrate.
Screen Captures
Digitals 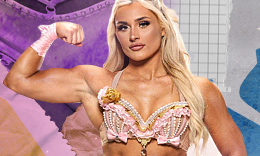